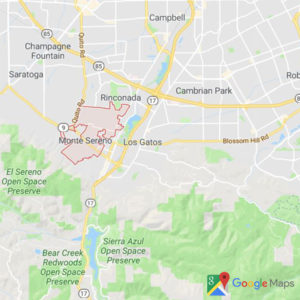 As a general contractor in Monte Sereno, CA, J Nord Wolfe has learned a thing or two about the area. If you have just moved to Monte Sereno – Welcome!

Monte Sereno – Everything You Need to Know

Monte Sereno is named after El Sereno Mountain which is part of the Santa Cruz mountains. Monte Sereno was established in the early 1900’s as a rural agricultural community. It is a quiet residential community, approximately 1.6 square miles in size with a population of about 4,000 residents.

Nearby – Monte Sereno is adjacent to Los Gatos, Saratoga and Campbell, CA. It’s about 10 miles southwest of San Jose, CA.

Interesting Facts –  Painter Thomas Kinkade lived in Monte Sereno in the later years of his life, which is also where he died. Its first Mayor was Retired Vice Admiral and former U.S. Director of Naval Intelligence, Thomas B. Inglis.

Academic Achievements – Most of Monte Sereno’s residents are served by the Los Gatos Union Elementary School or Saratoga Elementary School districts (for elementary and middle schools) and Los Gatos-Saratoga Union High School Districts (for high school), while a small portion of residents, primarily in the Bicknell Road area, are served by the Campbell Union School and the Campbell Union High School Districts.

Notable Events – A dispute between two neighbors over extravagant Christmas decorations gained Monte Sereno attention in national news. Bonnie and Alan Aerts of Monte Sereno had for years showcased elaborate holiday displays, costing as much as $150,000, in their front yard. The displays attracted large masses of visitors, resulting in great traffic around the normally quiet cul-de-sac of four houses.

The story of the dispute was picked up by the Associated Press in 2003 and brought a bit of press (NPR, Jimmy Kimmel) to Monte Sereno. The Aerts family was annoyed by their Grinch-like neighbors and the new ordinance passed by the city that required the family to scale back their display and apply for a permit to hang all of their Christmas lights. Instead, they erected a huge, 10-foot-tall Grinch on their lawn, who swayed from side to side while singing “You’re a Mean One, Mr. Grinch.”  Source:  Wiki for Monte Sereno.

Arts –  Villa Montalvo is nearby in Los Gatos and they host concerts, art seminars, weddings, live music and other exhibitions. The venue is an Italian Mediterranean Revival mansion nestled in the foothills of the Santa Cruz Mountains. You can picnic, hike, see a concert, check out their gardens and tour their grounds. Dogs are allowed on the upper trails when kept on a leash.

Historical Landmark – The John Steinbeck House is now a private residence, but was built in 1936 for John Steinbeck and his wife, Carol. They moved out in 1938 as they felt it was no longer secluded enough for them.  The home was added to the National Register of Historic Places in December 1989.

Doing Business in Monte Sereno – The Planning Commission is key for zoning, environmental guidelines, filing guidelines and slope formula are communicated from the planning department. There are links and resources for each on the official city website. If you plan to build or remodel a home in Monte Sereno, you can reach out to the City Engineer.

If quality matters to you and you have questions about a pending project, you can always give J Nord Wolfe a call. Recognized by clients as a rare find and often-referred resource, Jim Wolfe is happy to talk with you. Call 408-688-7669 or browse client projects.

Historical Significance – John Steinbeck wrote The Grapes of Wrath and Of Mice and Men in a wooded home at 16250 Greenwood Lane in what is now Monte Sereno. The home is not a private home and not open to the pubic.

Outdoor Life – Train enthusiasts will find the Billy Jones Wildcat Railroad in nearby Los Gatos at Oak Hill Park. It’s a non-profit created in 1968 and exists as a legacy of Billy Jones, and as a means to preserve history and entertain the public. All proceeds and donations go to perpetuating the railroad and carousel, as well as maintaining our ability to provide an entertaining recreation for persons of all ages.

For dog friendly hiking and walking, St. Joseph’s Hill Open Space Preserve is an option. You can start from Main St. in Los Gatos. The hardest part for this trail is to find it. There are two entrances: Jones Creek Trail Entrance, and Jones Trail Alma Bridge Entrance, you can Google it.

Jones Trail Alma Bridge Entrance is next to the Los Gatos Creek Trail, so it has more parking spaces.

There is also an open space preserve close to Monte Sereno, with 1415 acres and 7.4 miles of trails.  Please see the El Sereno Open Space Preserve website for information on parking, trail maps, equestrian trails, and more.

Mountain Biking – For the serious cyclists in your family, Kennedy Road, Bay Area Mountain Bike Trail. Kennedy Road is a well-known climb for the mountain bikers in the South Bay. The overall average grade of the climb is only 10% and is about 3 miles long.  Very well known to Mountain Bikers in the Bay Area. 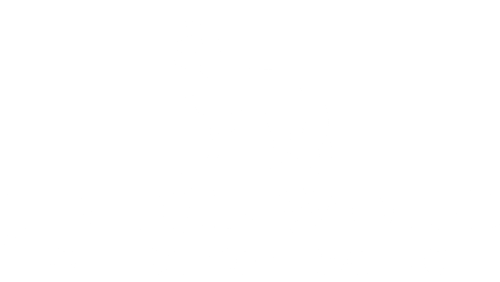 Let’s see if it’s a fit.
Call or text to discuss your project.